West Portal Avenue from the air, circa 1935 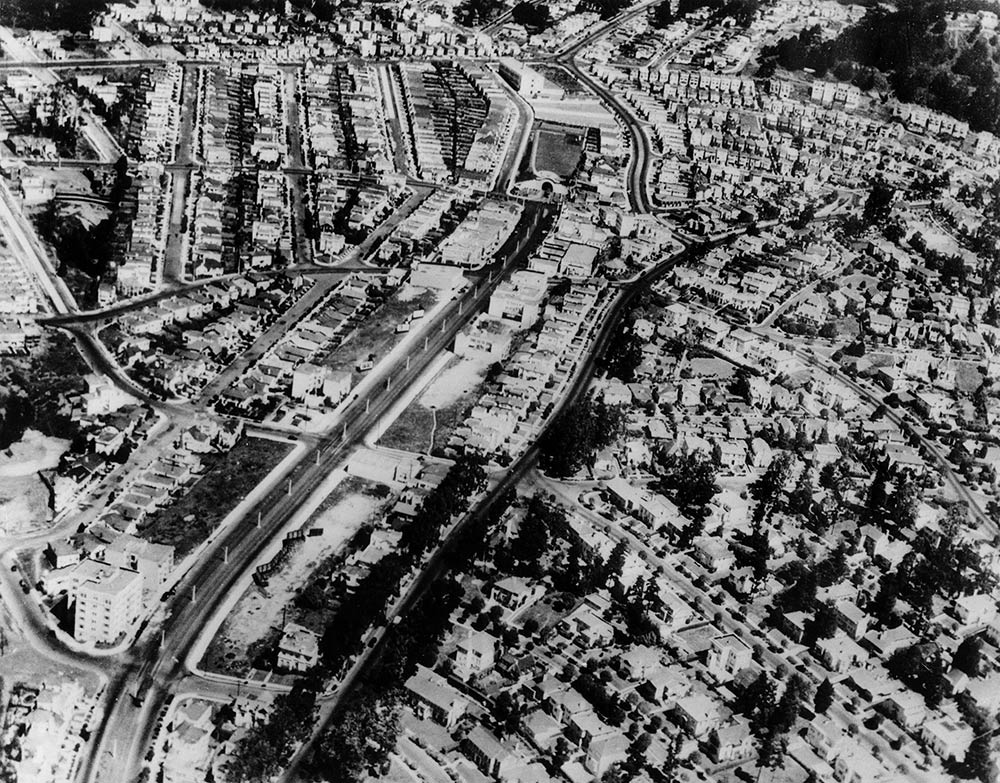 The majority of homes in the West Portal development were built between 1923 and 1928. In this 1935 aerial photograph, however, a significant portion of West Portal Avenue remains undeveloped.