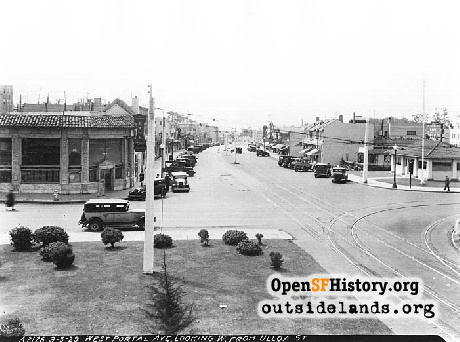 Despite declaring it "restricted," Fernando Nelson not only built and sold homes in his West Portal Park development, he allowed business and services to take root on West Portal Avenue. The strip has served for 80 years as the primary commercial artery for St. Francis Wood, Forest Hill, and other residential parks.

(Fernando Nelson's sales shack on the corner had become the "San Francisco Bank" in the photo above. By 1947, the bank had an impressive stone building, which still stands today.) 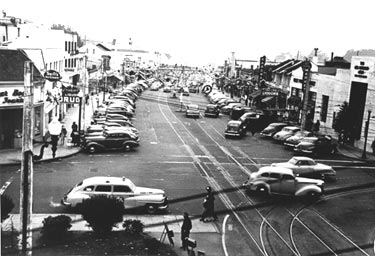 Image: West Portal Avenue in 1929 and 1947. Courtesy of Courtesy of the Greg Gaar Collection.