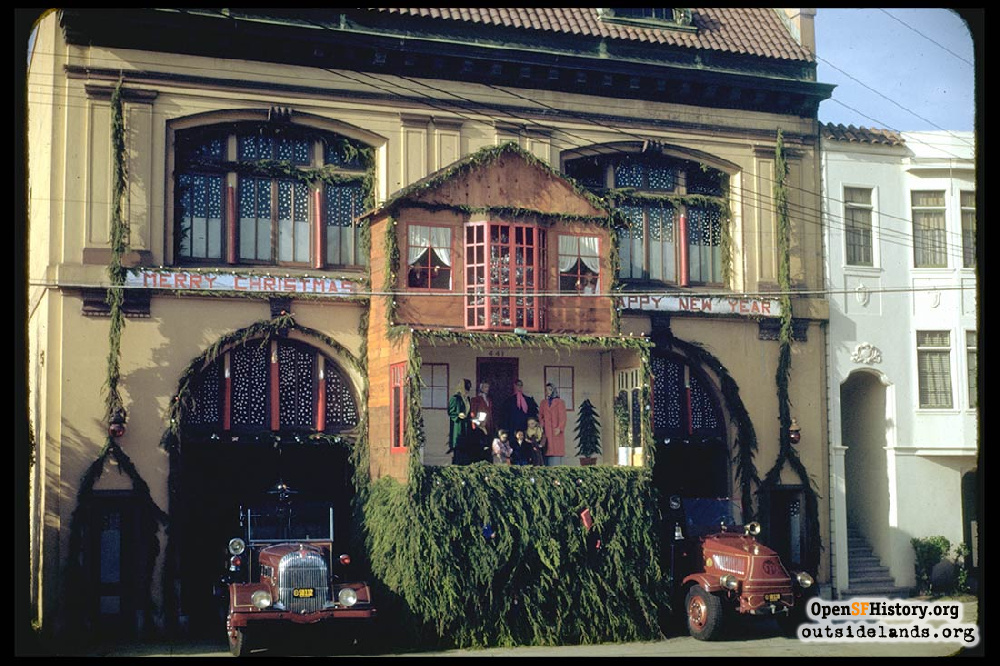 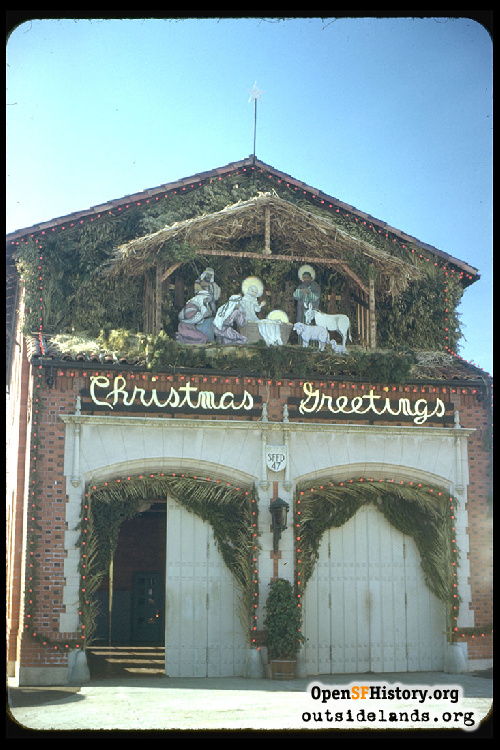 Robert and Marilyn Katzman have graciously shared some images and a short history from when San Francisco's firehouses went all out to decorate for the Christmas holidays. If you'd like to own these and many more images in a great slideshow with a seasonal soundtrack, take a look at the ordering information at the bottom of this page.

1948 was the San Francisco Fire Department's first annual Christmas decoration contest, a tradition that was to last only three short years. Each firehouse was limited to a total expenditure of $50.00 and the grand prize winner received $1,000 and a gold loving cup known as the Civil Service Star Trophy to be displayed at the firehouse throughout the year. The judging committee reported to Fire Chief Edward P. Walsh that he should be very proud of his boys, their spirit was refreshing and the competition keen. "The firemen begged, borrowed, carpentered and sculptured to create what the casual passerby could scarcely believe was a firehouse," wrote the San Francisco Chronicle. In the first year the money for the awards was contributed by members of the Fire Commission---Max Sobel, Chairman, Robert Schaefer, Walter Leonetti---and a number of San Franciscans who became interested in the project because of its colorful addiion to the city's Christmas spirit.

1950 found "the boys" becoming experts at making a firehouse at Christmas season look like anything but a firehouse. Battalion Chief Joseph A. Smith worked out a 54-mile route that went past all the firehouses, beginning and ending at Civic Center. Free Municipal Railway bus rides were provided for children over three nights, with candy breaks set up at firehouse rest stops. The Chronicle reported, "The world was full of news of war and price curbs and mobilization - but for grinning, jostling, kids in the green and white Muni buses, it was a world of Christmas magic."

On November 20, 1951 San Francisco's firemen voted to end their three-year tradition of decorating the city firehouses for Christmas. The firemen gave lack of money as their reason. Many made up the balance of the yearly decorating costs out of their own pockets, and were not in the mood for such contributions when in that month's election a ballot initiative to increase firefighter pay had been defeated.

Forty-five years later, we took the one-of-a-kind slide collection of the late Alfred Stettler, an avid fire buff employed by the Department of Fire Prevention, and transferred it to video to relive this nationally-recognized three-year competition.

You are certain to enjoy the original musical arrangements (from music box to calypso) and will be touched by the special carol singing by San Francisco's Singing Fireman Jim Bogue. We wish you Peace on Earth.

This video in DVD format can be ordered for $20, tax, shipping and handling included, from The Old Firehouse. Email Robert and Marilyn at engineco33@aol.com.

Read more about Christmas Firehouses on our Community Message Board. 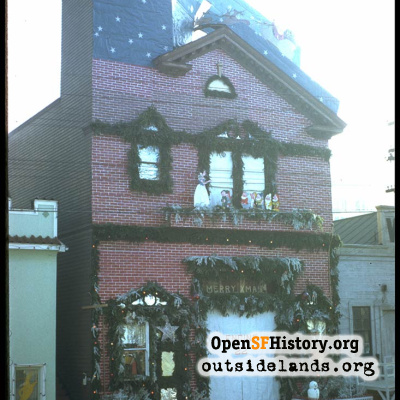 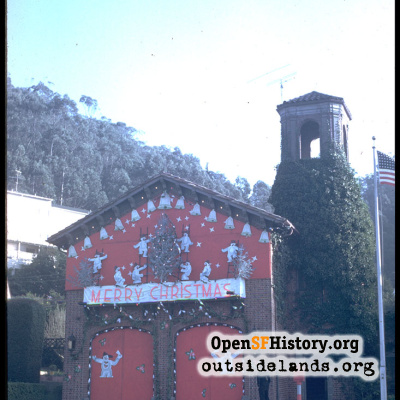 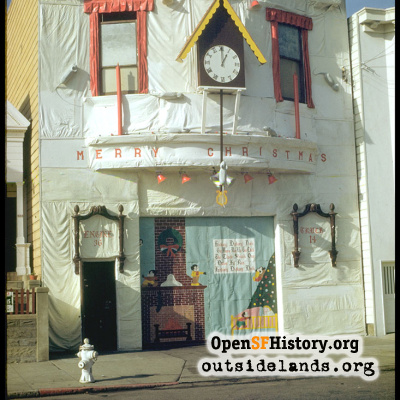 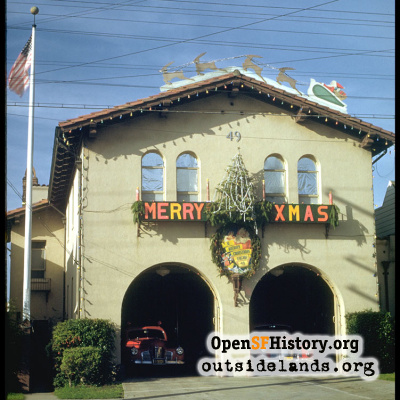 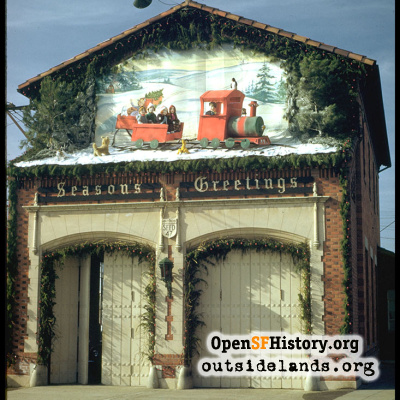 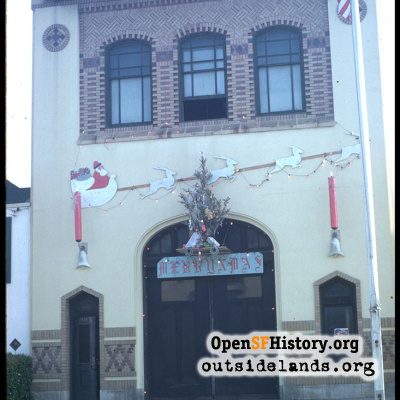 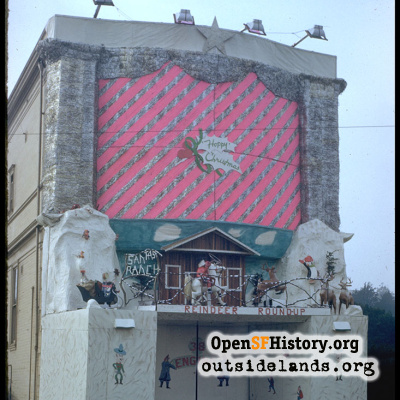 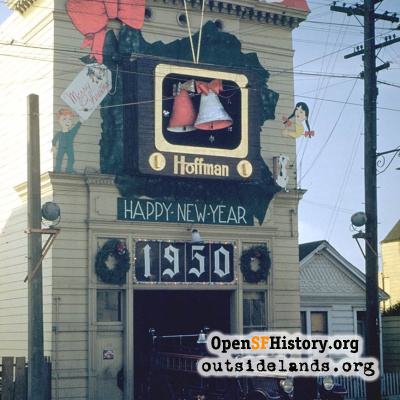 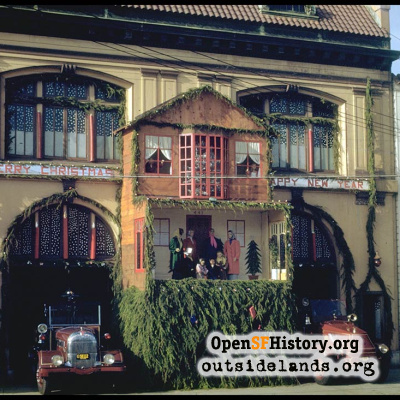 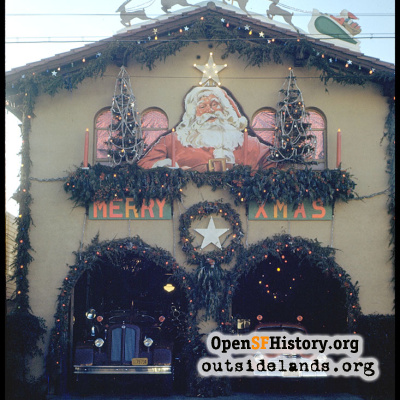 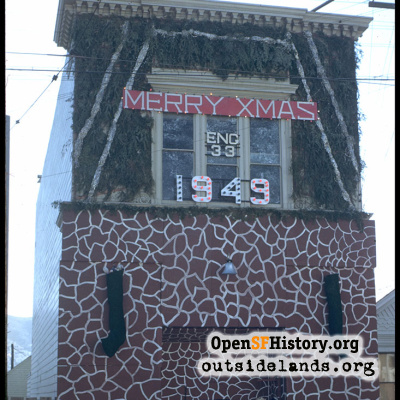 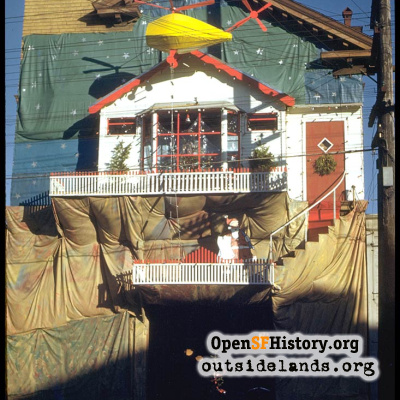 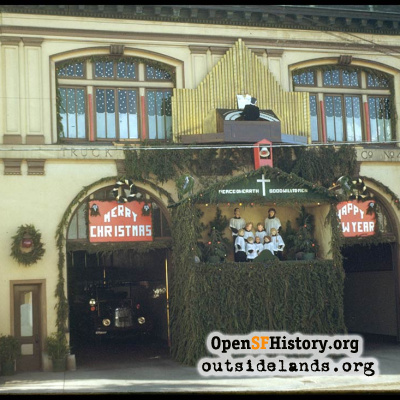 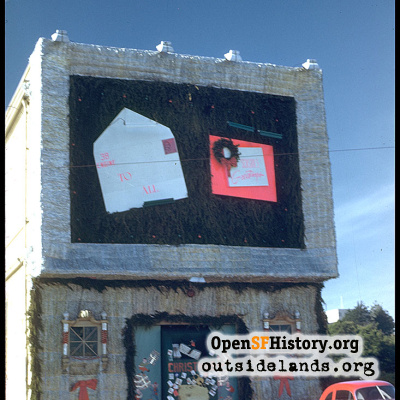 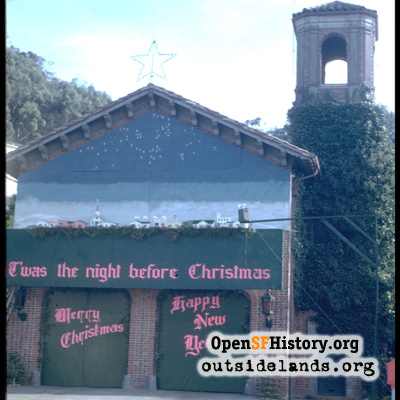 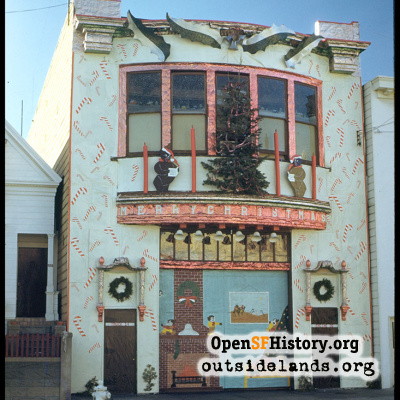 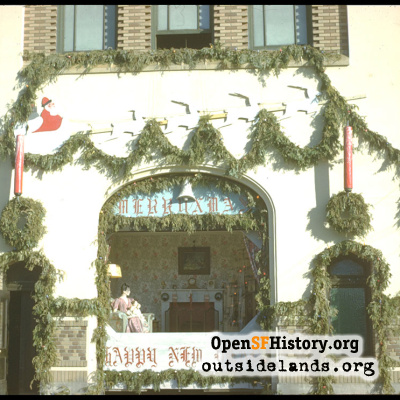 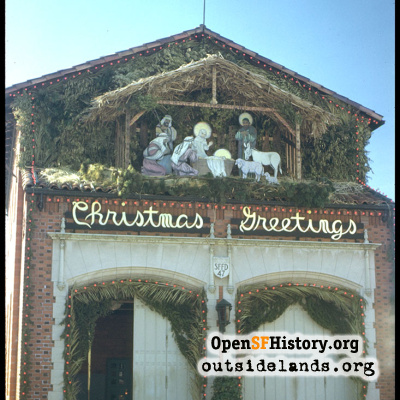 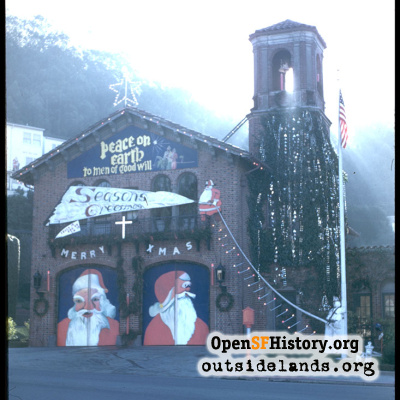 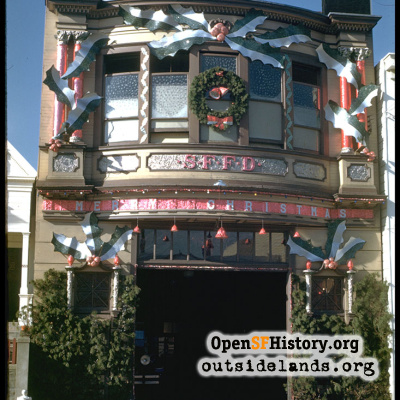 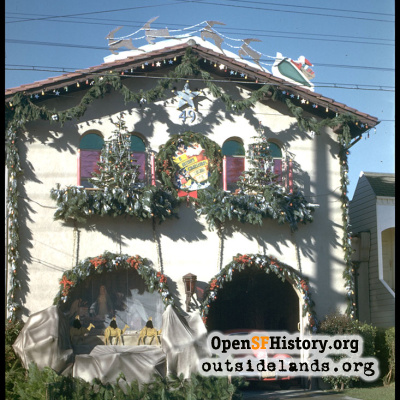 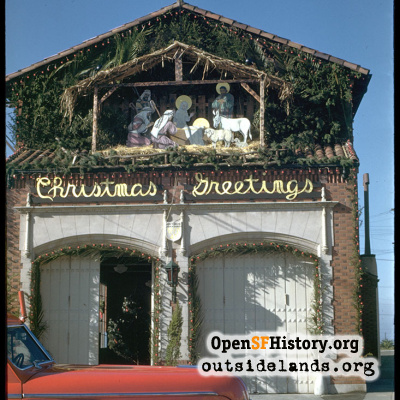 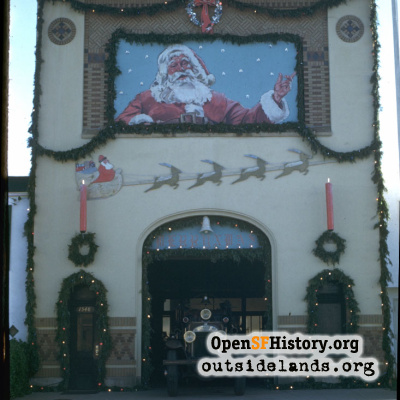 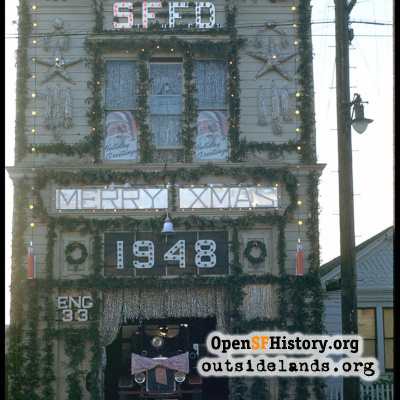 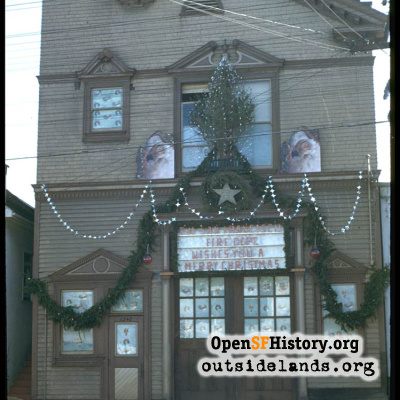 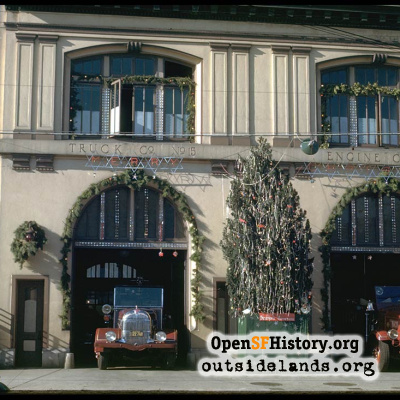 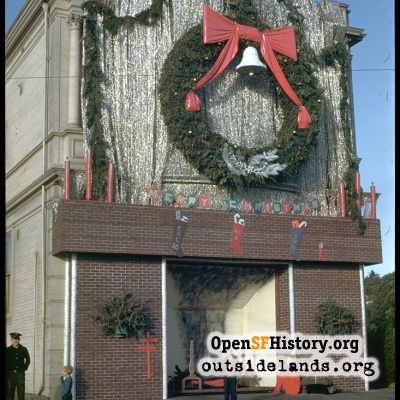