Leon Levy worked for almost 40 years as a pharmacist in the Inner Sunset. 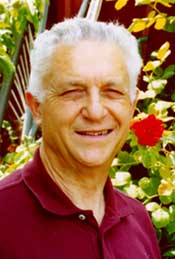 Leon Levy worked for almost 40 years as a pharmacist in the Inner Sunset. His history with the neighborhood started in 1954, when he began three years of study in the pharmacy program at UCSF. He remembers when Arguello Street went through from Irving to Parnassus. "I used to park my car in Golden Gate Park," he recalls, "then, for exercise, climb the steep hill to my classes at UCSF. Later they closed the street and built the garage."

When Leon first came to the Inner Sunset, Reliable drugstore was at 9th and Irving, where the Bank of America is now. (At that time, the Bank of America was in the large building that still stands at 8th Avenue and Irving Street.) Leon recalls the rumor that Sunset developer Henry Doelger "kept his liquor in that pharmacy building during prohibition."

Across the street, at 801 Irving Street, on the southwest corner of Ninth Avenue, there was Furlong's, a dry goods store owned by two sisters. When the two sisters closed Furlong's, they leased the building to the Reliable Rexall Drug Co. For almost 20 years, from 1959 to 1977, Leon was a pharmacist at the Rexall.

Dessells drugstore was at 756 Irving Street, on the northeast corner of 9th Avenue. William Weiman and his wife ran Dessells for many years, from the 1950s to the late 1970s. According to Leon, "When Mr. Weiman sold the store after so many years, his wife decided to do what she'd always wanted: she became a professional singer!"

By 1977, Leon wanted to run his own drugstore and pharmacy. When he approached the owner of West Coast Pharmacy, at the southwest corner of 7th Avenue and Irving Street, "the owner said, 'All you have to do is give me the cost of the inventory.'" Leon jumped at the chance. He ran West Coast Pharmacy from 1977 to 1997.

Leon recalls that in the 1960s and 1970s, most stores were closed on Sundays, but pharmacies in the Inner Sunset used to take turns staying open. Each closed drugstore would place a sign in its window, "For Your Convenience, ________ is open today." By 1977, only three pharmacies were left in the area, and the other two owners did not want to open on Sunday. Leon's solution? "I went up to the emergency room at UCSF; they were thrilled and sent UC people down to my pharmacy on Sundays."

Leon operated a full-service drugstore. After a customer filled a prescription, Leon would write a thank-you note and mail it with a business card inside a "get well soon" card to the customer. In addition to the essential drugstore products, West Coast Pharmacy sold gifts, such as cosmetics, cologne, and candy, and Leon gift-wrapped items for free. He laughs that customers always bought Whitman's Chocolates. "I stocked better chocolates and tried to get people to buy them, but they always bought Whitman's---Whitman's for Easter, for Valentine's Day, for Christmas."

Leon built his business by becoming his own marketing manager. He put regular pharmacy merchandise on sale, then created flyers describing the special prices. Each morning for a half hour, he walked around nearby neighborhoods putting flyers at people's doors. "Over a period of about six weeks, I covered every house from Masonic to 19th Avenue," recalls Leon. "I even went as far as Forest Hill, Taraval Street, and Twin Peaks."

Today, Inner Sunset drivers take for granted the small parking lot on 7th Avenue just south of Irving Street. But for many years, it was just a fenced-in, weed-filled basketball court, left over from the days when Laguna Honda School was open. Leon asked the city to create a parking lot there, but the school board was not interested. "I decided to start a petition," says Leon. "I figured they could get 40 cars in there. Quentin Kopp was a supervisor then, and he helped push it through. It took seven years of fighting, but the new parking commissioner finally agreed." 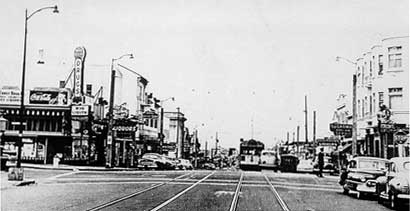 In 1997, Leon Levy closed West Coast Pharmacy. HMOs were not paying enough for prescriptions, he says, and it was hard to stay in business. Today the corner business is Wishbone, a gift shop.

Henry, one of Leon's long-time customers, has had his prescriptions filled by Leon for more than 30 years---starting at the Rexall store. "This was before computers," Henry says, "but Leon would always check my record and offer to call my doctor if he thought a prescription might cause problems with the drugs I was already taking." When Leon told Henry that he was opening his own pharmacy, Henry followed him to 7th Avenue where he took his prescriptions for 20 years. Henry followed Leon again in 1997 to the pharmacy where he works now.

Leon still speaks fondly of the Inner Sunset and its many businesses and memories. "When you're your own boss, you can do it the way you want," he says. Leon ran his business the way he wanted for 20 years and, in the process, gave much to the Inner Sunset neighborhood.